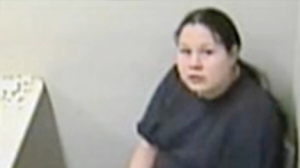 “One of the great mistakes is to judge policies and programs by their intentions rather than their results.” — Milton Friedman

A few weeks back, prior to the resumption of testimony in the Phoenix Sinclair inquiry, the University of Manitoba’s law school held a morning-long public session on public inquiries and their genesis, largely looking at the Sophonow inquiry held many years ago.

As I’ve been pondering the inquiry at length, an off-hand comment MacFarlane made keeps coming back to me.

The thing about public inquiries when you’re in government, MacFarlane said, is you never know what you’re going to get.

His words resonate today, because in the drab downtown Winnipeg convention room where Ted Hughes presides over the increasingly contentious and costly proceedings into the role CFS played in Phoenix’s life up until shortly before her 2005 murder, we’re hearing things which, seen in the right light, could shake our Manitoba reality to its core.

And that may not be a bad thing — in fact, this examination of an exceedingly secretive system might ultimately be just what the ER doctor ordered.

But I suspect confronting what needs to be confronted will be anything but easy.

Let’s start with a fairly well-accepted premise about political power and its legitimacy: A government and the systems it uses to exercise its power (policing, taxation and, yes, child-protection for example) are essentially rendered toothless and ineffective if the citizens those systems serve don’t ‘buy into’ them and accept their actions as proper, justifiable and fair.

(To put it more concretely, even the most garden variety city cop reporter will tell you the ‘f**k the police, f**k the courts’ sentiment in Manitoba is not only prevalent but has grown considerably in the last 20 years. Disrespect for police authority and the justice system is high.)

So, let’s recap just a few salient truths we’ve heard so far about Phoenix and her circumstances, and some of the circumstances of CFS from 2000-2004.

We could take apart and debate and analyze each and every one of the above.

But for today, anyways, lets just start by looking at the concept of ‘values.’

Why did Rohan Stephenson lie to CFS? Because, he says, from his value system he believed he was doing the right thing for Phoenix.

Consider his clearly stated perspective from his past brushes with the system:

“I was coming from a marginalized group of society: low income, partying lifestyle, general distrust of police and the establishment. …  “I had no positive experience with police in my youth certainly, or with CFS. I had only known CFS taking children away. Not fixing families only breaking them.”

Also consider another example, the mistrust and resistance to the agency implied in Steve Sinclair’s statement to social worker Laura Forrest after she came knocking on his door in early 2003. He refused to tell her where Phoenix was.

“Then she would have went down there and got up all in their face. I knew she was safe. That’s all that mattered to me. They would have made a different judgment call in their eyes, right?”

“We’ll see about that,” was Sinclair’s resistant reply to Forrest when she told him she’d return and had to see the little girl.

What the above directly implies is the values and work the CFS system performs clashed with those of its clients. Not all of them, for sure, but likely many.

Also interesting is how in Stephenson’s case, CFS and police are linked as being similar entities — as illegitimate actors of the state whose interference is perceived as an intrusive threat and not a benefit, based on past experiences.

But the quandary is very clear: What is CFS to do if the heart of its work — the children and families it’s mandated to serve — don’t believe in what you’re doing and don’t support your right to do it?

How does the system, looking forward, get past the entrenched ‘us versus them’ mentality? Was this also a goal of the devolution process?

It’s a fundamental, if not foundational question. One Hughes will have to investigate if he’s going to recommend realistic ways to better protect children.

In Phoenix’s lifetime anyways, CFS clearly appeared to be a mess.

And today, we’re told the need for CFS has grown, not abated.

The government — where the buck ultimately stops regardless of the bureaucratic CFS authorities system it uses to deflect that reality — has and will likely continue to throw millions of dollars, discretion-regulating technology and staffers at the system.

That ‘solution’ will continue, I suspect, until the point we’re willing to do what may seem impossible: Confront our issues and prejudices, settle long-standing scores we have with each other and move past them already. Find a better way.

But to reiterate where we started off: We don’t know what we’re gonna get.

The death of any child, no matter the circumstances is horrible, and to see one murdered, simply unspeakable and intolerable. We can all agree to that.

From that baseline, we have our work cut out for us.

That’s clear, and will become even more so in the hard days ahead.

4 thoughts on “Phoenix Inquiry: It’s the conflict of values”