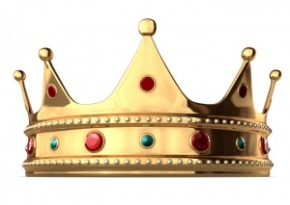 The third-ever Golden Crown, handed out to some of the best examples of Manitoba prosecutors trying to deter and denounce unlawful conduct goes to…

John Barr — head of youth prosecutions for Manitoba Justice — for at least attempting to put some backbone into what should happen when youths serving so-called “community supervision” portions of their sentences are breached for thumbing their noses at court-ordered conditions.

Barr recently fought hard to have a provincial court judge’s decision granting bail to a kid accused (but not convicted) of breaching conditions of his 18-month sentence thrown out.

The kid spent a year in jail with the last six months of his 18-month sentence meant to be served under supervision in the community.

He got out in July, 2011 but by October was charged with breaching his court-ordered curfew by his probation officer. (And we all know by now what it can take to get a PO to breach a kid).

However, Barr lost after Justice Brenda Keyser ruled it was unfair to allow adults to get bail on sentence-related breaches but not youths charged under the Youth Criminal Justice Act.

Barr had argued that bail provisions in the YCJA only applied to youths who aren’t yet sentenced. Therefore, the court who granted bail in the first place had no jurisdiction to do so.

The kid’s lawyer argued it would be unfair to subject youths to harsher treatment than an adult might receive; that if an adult serving a conditional sentence can apply for bail in light of a suspected breach, then a youth should be provided the same opportunity.

Keyser agreed, suggesting silence in the YCJA on the subject of bail for kids accused of breaching their sentences had to do with its “liberal construction” — in other words bail or release from custody is always a consideration or presumed.

Under the YCJA, the “least restrictive” sanctions to provide criminal kids “meaningful consequences” is paramount.

“Under the circumstances I find it to be unfair to allow an adult to apply for bail in these situations and not a youth … it would not be consistent with the expressed purpose of the YCJA to interpret the incorporated bail provisions of the Criminal Code as restricting their applicability only to young persons charged with an offence,” Keyser wrote.

The real kicker is that if the kid is ultimately convicted of the breach, he’ll most likely get probation or even a fine, so even if it’s proven he thumbed his nose at the court, it won’t truly deter him from doing it again.

Regardless of the loss, I salute Mr. Barr for his efforts. We all should.